About 55 minutes from park 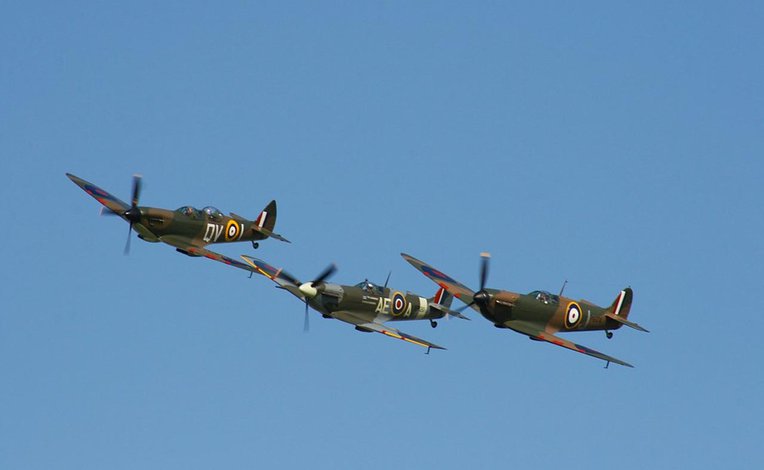 Whether you’re an avid aviation fan or want to teach your family about an important part of British history, Lincolnshire Aviation Heritage Centre is among the region’s most unique attractions. Based on an old wartime airfield beside the village of East Kirkby, this family-run museum was set up over 20 years ago. With its original 1940’s control tower and aircraft hangars intact, its collections are dedicated to the 55,000 men of Bomber Command who lost their lives during the Second World War. Among its displays include a rare Avro Lancaster Bomber, along with a selection of wartime vehicles like the Ford WOT1 Crew Bus. The museum is expanding every year, with an aim to eventually fully rebuild the airfield as it was in wartime, so it’s always worth coming back even if you’ve visited before.

Lincolnshire Aviation Heritage Centre’s events calendar is packed full of incredible things to see and do. Throughout the year, the museum regularly hosts everything from battle re-enactments and Spitfire dogfights, through to firework displays, Rover car rallies and classic motorcycle meets. There’s even a 1940’s dance event held beneath the wings of an Avro Lancaster NX611. If all that sounds like your cup of tea, check the website to see what’ll be happening around the time of your visit.

How to get to Lincolnshire Aviation Heritage Centre

Lincolnshire’s air museum is in a very rural part of the country, closest to the village of East Kirkby. As a result, you’ll need to use a network of A roads to reach it if you’re travelling in by car. If you’re visiting from England’s South East, you’ll be best following signposted routes for Boston before taking the A16 north of town. Those heading in from the North, Midlands and other areas of the UK will want to follow routes towards Lincoln before travelling towards the coast on the A158. East Kirkby is signposted from both roads. As for public transport, there’s a bus stop that’s 10 minutes’ walk down the road from the air museum in the village of Hagnaby. This is served by the E83S bus which runs between Horncastle and Alford. The closest train station to Lincolnshire Aviation Heritage Centre is Thorpe Culvert Station, which is around 20 minutes in a taxi from the museum gates.