Looking for late deals and availability? It’s never too late to book yourself a last minute holiday - check out our latest deals.

About 39 minutes from park 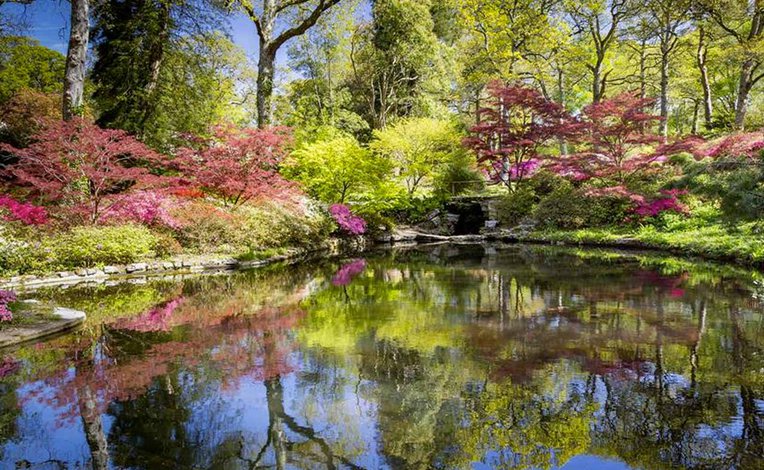 Sitting on the lush green shores of The Solent, Exbury Gardens & Steam Railway offers a quintessentially English escape. Set across this 200-acre woodland estate is a world-famous collection of rhododendrons, azaleas, camellias and rare, exotic trees imported from across the globe. Founded in 1919 by Lionel de Rothschild, the very same family maintains these beautiful and colourful landscapes to the present day. Adding to these century-old scenic walks, a miniature steam railway was installed in 2001 to provide views of previously-inaccessible parts of the grounds. The architectural centerpiece of the gardens is the Grade II* listed Exbury House. Originally constructed in the 18th century, its quaint facades were reimagined to suit the newly-landscaped gardens in 1927. It was briefly owned by the Royal Navy and used to headquarter the Invasion of Normandy during World War Two, but it’s back in the hands of the Rothschild family today.

With over a mile and half of track, the Exbury Stream Railway is among the most charming examples of a working narrow-gauge railway in Britain. Journeying through the Summer Lane Garden followed by the Rock Garden, the train then calls at Exbury North Station to refuel, while the return journey offers up some wildlife spotting at the Dragonfly Pond. It’s a truly special experience for every member of the family.

Nestled away in the former Estate Smithy, Mr Eddy’s Restaurant and Café serves up delicious fare and tantalizing refreshments. After plenty of time on foot, why not retreat to its cosy interior for a coffee and scrumptious slice of cake? The Exbury Gardens Café caters for all ages too, with children’s lunchboxes and highchairs available on request.

How to get to Exbury Gardens

Exbury Gardens & Steam Railway is located to the southern edge of the beautiful New Forest National Park. That puts it right beside the coast and on the doorstep of the village of Beaulieu. If you’re travelling by road, your best exiting at junction 2 of the M27 close to Southampton, and heading south along the A326. For visitors travelling in by train, the nearest station will be Brockenhurst, which is around 10 miles or a 20 minute taxi ride away. In the summer there is the option of a bus, as the New Forest Open Top Tour connects the station and the gardens seven times daily.