About 24 minutes from park 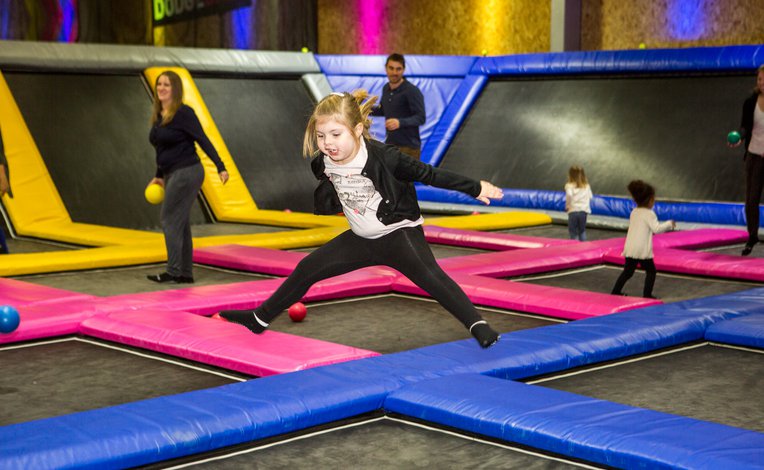 If you want to have some fun at a trampoline park Colchester has a brilliant one for you to visit. Jump Street is the UK’s largest activity centre and makes for a fantastic day out for the whole family. Action-packed and overflowing with lots of exciting activities, Jump Street is suitable for all ages. And while it’s a great place for people to practice their front flips, tucks and somersaults for competitions, you don’t have to have an eye on the Olympics to enjoy a trip to the park.

How to get to Jump Street Colchester

Jump Street Colchester is close to the town centre, just off the A133. It’s only half a mile from Colchester’s main train station, which offers services to London Liverpool Street that take just 45 minutes. Norwich is a similar journey away in the opposite direction. There’s plenty of on-site parking if you’re arriving by car, with the centre just a short drive from the A12 which runs between London to the south west and Ipswich to the north east. If you’re catching a bus, you can get off on Catchpool Road and cover the short distance to the centre on foot.