Make a career out of making people happy. We strive to deliver delight to all our guests and we consider our team to be heroes.

Imagine having your own holiday home and that freedom to get away to feel good whenever you fancy.

About 71 minutes from park 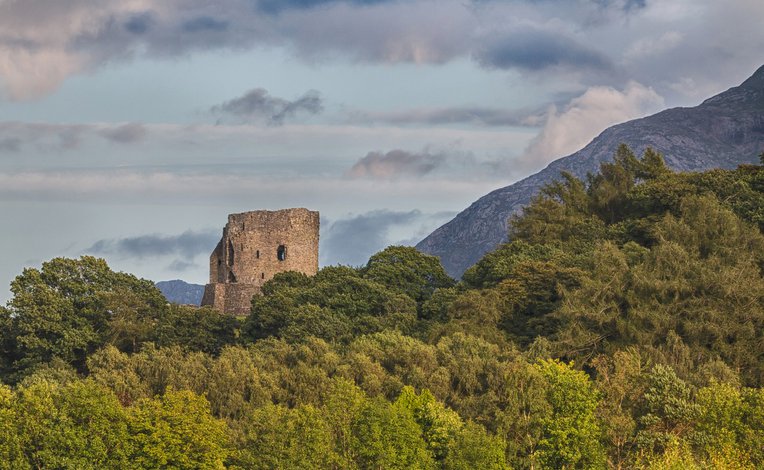 Perched atop Llyn Peris, one of the twin lakes of Llanberis, Dolbadarn Castle occupies a spectacular setting within the Snowdonian mountains. With rising peaks all around, including Mount Snowdon itself, this is one of the most striking places you can visit anywhere in the UK. The views and scenery are very special, giving you the chance to walk through stunning natural landscapes up to this historic castle. The fortification is believed to have been built by Llywelyn the Great in either the late 12th or early 13th century, to stand guard from its strategic position looking out over the inland route between Caernarfon and the upper Conwy Valley. Dolbadarn Castle rises more than 15 metres above the ground and while it’s largely been reduced to ruins, it remains an imposing and enigmatic feature on this high hilltop. The castle’s sturdy round tower is the dominating presence, which stands in stark contrast to the slate slabs which make up its curtain walls. There’s lots of history to uncover at the castle, as well as further attractions to explore in the local area, making this a great spot for an exciting family day out.

How to get to Dolbadarn Castle

The castle is just off the A4086 which runs between Capel Curig and Caernarfon, and only 15 minutes from junction 11 of the A55 expressway. If you’re coming from Anglesey, you should get off the A55 at junction 9. To get to Dolbadarn Castle walk up from the pay and display car park just a few hundred metres away, through the pretty woods which you’ll emerge out of at the top. If you’re arriving by public transport, you can catch the train to Bangor 10 miles from Llanberis, before jumping on the number 85 bus to the village. This stops at the interchange not far from the car park.